Much has been said about Wework and its cofounder, Adam Neumann. He is the larger-than-life cofounder of Wework, with around 500 plus locations worldwide – known for being involved with controversial figures and making employees take shots of tequila at work. In the latest turn of events, he was forced to resign as the CEO of Wework. He exited the company with a $1.7 billion golden parachute, while thousands were laid off across the company.

As a book and a major Hollywood movie are in the works; we explore the man, the controversial business leader and the symbolic head of Wework.

“It’s a hot summer day and he’s got his shirt off… he is starting conversations with people who are on the elevator and then he’s like holding the door as the person got off and then continuing the conversation.”

Adam Neumann came from humble beginnings. He was born in Israel and grew up on a kibbutz, a fact he later attributed as the inspiration behind the Wework model, even calling it Kibbutz 2.0. His parents divorced when he was 7. Being severely dyslexic, Neumann could not read or write till 3rd grade. After finishing his required military service with the Israeli Navy, he made his way back to New York, where he had previously spent some time as a child. To him, New York was a world of opportunities, a place to “get a great job, have tons of fun and make a lot of money”. He enrolled at Baruch College at the City University of New York in 2002 but dropped out just shy of graduation to go into business.

Neumann was extremely ambitious, and in many ways, a visionary. He founded a children’s clothing company called Krawlers and went on to partner in several other ventures including Green Desk and Wework. He also invested in EquityBee, a start-up for tech investors, and Selina, a hospitality company.

He was introduced to Miguel McKelvey on an elevator one day, and the two hit it off immediately. McKelvey recalls “…in walks this other dude and we get introduced – and it’s Adam [Neumann] — it’s a hot summer day and he’s got his shirt off… I remember as we were like going up in the elevator, he is starting conversations with people who are on the elevator and then he’s like holding the door as the person got off and then continuing the conversation.” said McKelvey, “but there’s that and there’s Adam who just has like a really exuberant sort of personality.”

Green Desk and beyond

His glamorous personal life – his wife Rebekah is the cousin of actress Gwyneth Paltrow, while his sister Adi is a former model who was once a Miss Teen Israel – contributed to the hype around his personality and the company.

Neumann and McKelvey built Green Desk together – a precursor to Wework – along with Rebekah Neumann, Adam’s wife. As they began discussing the idea of Wework, they scouted several locations but settled on one. When the owner refused to lease them the space, Neumann persisted till eventually they were shown a different space, a complete floor in a handsome tenement-style building at the crossroads of Soho, Nolita, Little Italy, and Chinatown. This became the first Weowrk location.

They sold their share in Green Space and spoke to a few potential investors, including Brooklyn real estate developer Joel Schreiber, who immediately signed up to invest with a 33% interest in the company. Thus started WeWork: a shared workspace with a unique culture, for startups and freelancers looking for an inspiring environment to do their work.

In Part 2, we will explore how the charismatic Neumann convinced investors to back Wework, including one of the world’s largest venture capitalists, the Japanese investment giant Softbank. We will also see how this colourful individual took to eccentric behaviour and spirituality, mixing himself with some very controversial individuals and eventually succumbing to his own blown-up ego. 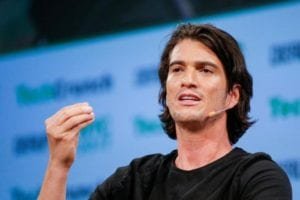 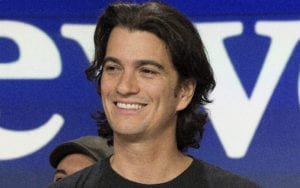